Ryerson Golden Ram Had Nothing Worth Stealing, U of T Responds by Building New Newsstand 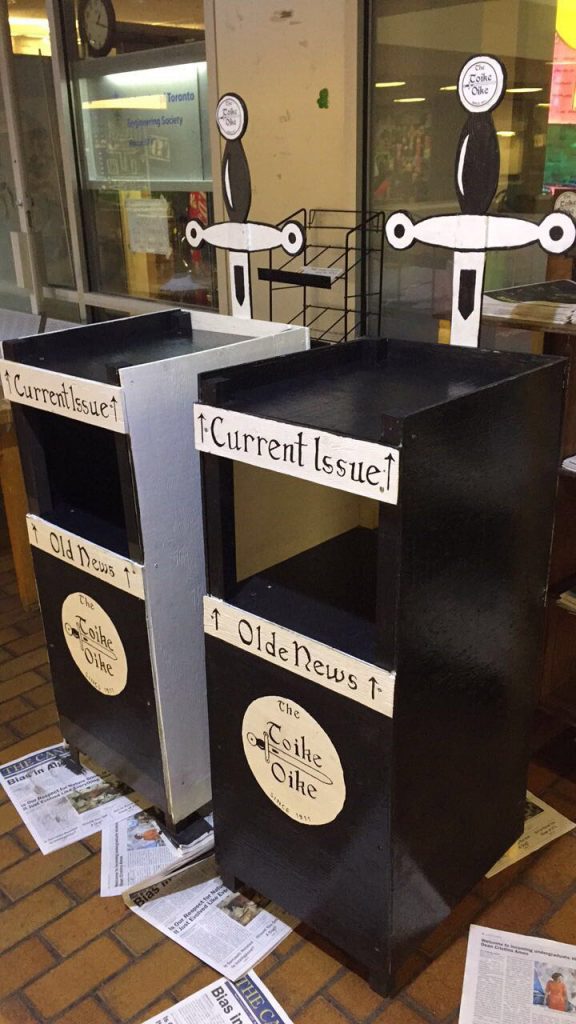 In response to the recent theft of a Toike Oike newsstand by members of the nefarious criminal syndicate of illiterate “engineers”  known only as the Ryerson Golden Ram, members of Skule™’s most beloved publication, the Toike Oike, decided that such a wanton act of disrespect could not be tolerated. However, when a group of Toike staff went to the desolate wasteland called “Ryerson” to steal a newsstand in retaliation from the Golden Ram, they returned empty-handed.

“We were going to take back the newsstand and steal something of Ryerson’s, just to make sure that we don’t look weak.” said one member of the Toike staff who wished to remain anonymous. “But, when we got there, we found that they didn’t really have anything of value. It was actually really upsetting. They definitely need that newsstand more than we do.”

“When I was first told that they stole our newsstand, I immediately started thinking about building a prank to get back at them.” said Carlof Feel, one of this year’s Blue & Gold Committee Co-Chairs. “But when I found out that Ryerson didn’t have anything of value, I immediately started thinking about building Ryerson something they could actually be proud of. Maybe a newsstand of their own. Though if it’s going to be unguarded, not bolted to the floor, lightweight, and already close to a door then there isn’t a point and won’t be that impressive.”

With the build expected to start next week at the earliest, the Golden Ram’s new newsstand will unfortunately not be ready in time for Thanksgiving. “I guess we’ll just have to let them keep our newsstand for the weekend.” said Lee Taboikeoike, the Toike Editor-in-Chief. “Everyone deserves to have something to be thankful for at this time of year.”

In other news, due to the missing Toike newsstand, the Toike Oike will distribute this month’s Skulemarillion, a fantasy-themed Toike, to the Ryerson Toike newsstand. At this time I’ve been assured that this month’s issue has “plenty of pictures” so that all of Ryerson can enjoy it.