Thrilling Conclusion to Periodic Table to be Released January 2017 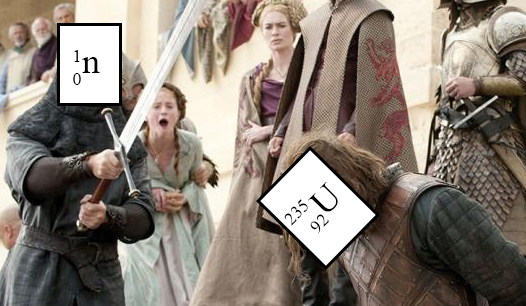 Warning: The following article contains spoilers for previously released elements on the periodic table. Do not read any further if you do not want them spoiled!

It’s the moment that millions have been waiting for. Ever since Dmitri Mendeleev published the first Periodic Table back in the late 60’s (1869 to be exact), generations of fans have been waiting to see how the rest of the Table would play out. Although Mendeleev unfortunately wasn’t able to complete the entire series before his death, William Ramsay, Glenn Seaborg, and numerous other scientists have carried the torch in his place.

“I love how the Actinide series in particular combines elements of creativity, ingenuity, and plutonium in what I believe is the Table’s most gripping plotline,” says one major critic. Others are fans of the Alkali Metals due to its volatile and unexpected plot twists. “I mean, who would have thought that caesium reacts that violently with water?” said one hospitalized researcher. “My mind was literally blown!”

That’s not to say that there hasn’t been some controversy in how some contributors have gone about adding to the existing framework. Oppenheimer’s dabbling in uranium and plutonium has outraged more than a few fans, with ratings and other things dropping among Japanese readers. Despite the initial outrage toward Oppenheimer’s contributions to the Table, the transformation from warring to powering our everyday lives is starting to bring some people back on board.

Other complaints have targeted the inconsistent chronology of new elements added to the table. Later elements such as ununoctium and ununseptium have a more avant garde feel than previous ones. The fact that they came out before the speculated ununhexium had many scratching their heads as to which order the elements should be read in. In addition, the names of ununoctium and ununseptium (as well as a few others) were recently retconned to oganesson and tennessine, leading to frustration among those used to their original names. Some die-hard fans have even indicated that they preferred the elements before things got so complicated, back when there were only four.

While most people believe ununhexium truly is the last element in the Periodic Table, several sources have teased us with reports of an additional set of elements that might be added in at a later date. Such elements have been speculated to contain titillating features such as g-orbitals, but whether they will be considered a part of the main series or simply a new electron spin-off is unknown, even if they are included.