Buckle up dear reader, because if you voted Liberal in the last two elections YOU’VE had a hand in “electing” our communist leader. We all know Justin is following in his daddy’s footsteps and Big P(ierre) is the reason Justin has his job. BUT what you might not know is that Justin Trudeau’s father is not a Trudeau at all, he’s a dirty commie.

The Trudeau family has long standing connections with the Castro family and all parties involved had reputations for being dirty, dirty sluts. Margaret and Pierre (Justin’s “parents”) met when Margaret was 18 and Pierre was 48 (barf), and neither took monogamy all that seriously. Fidel, being a communist, believed that all women had equal right to be railed by their Comrade Castro.

Pierre and Margaret visited Fidel frequently. I posit Margaret and Fidel visited frequently (they fucked) and ultimately had a child. The Trudeaus were travelling the Caribbean aboooooooooout 9 months before Little Justin was born. What’s one little stop in Cuba so Margie can have Pierre and Margie praised Fidel highly in the 1970s, you know right around the time that they were raising a Baby Castro and Fidel was violating human rights.

Now you might be thinking: this sounds circumstantial and fake, and to that I’d say fuck off, and take a look at these pictures. 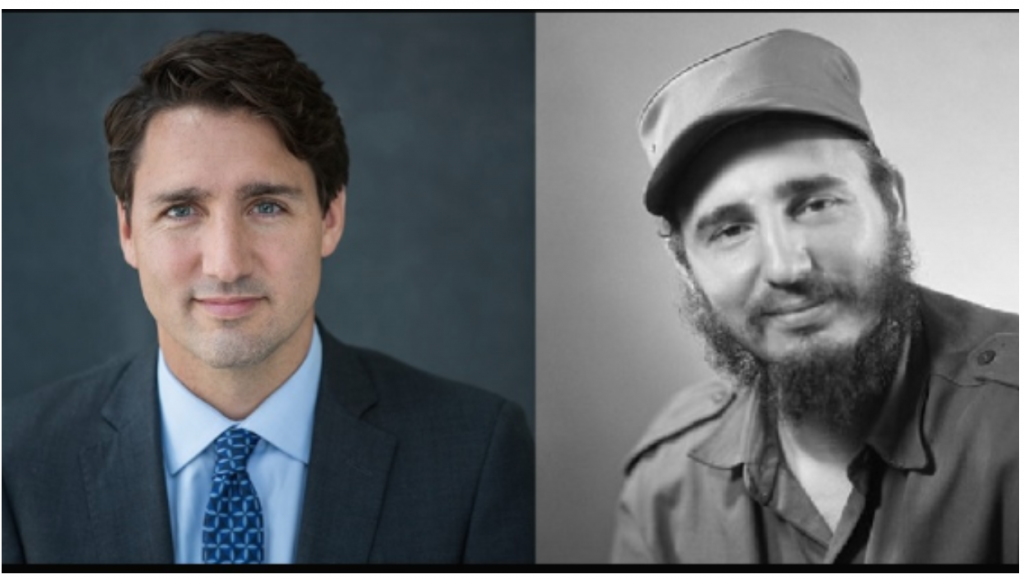 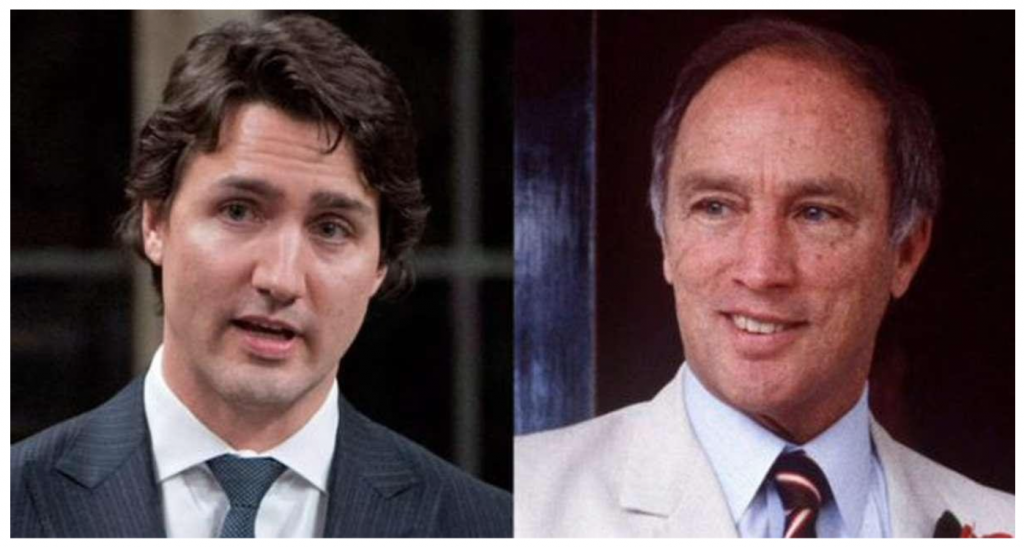 Difference: One is half Cuban

Now bare with me with the next theory, it’s time to peel back some layers. Both of Justin’s “parents” were white, yet somehow Justin ended up with brown nipples. Now you might not have thought to investigate the nipples, but I am an intrepid journalist so of course I did.

There you have it, folks. I’m not sure what other evidence you need. Like any totalitarian Communist leader, Justin has never lost an “election”. Open your eyes people, the Castro regime continues in Canada.