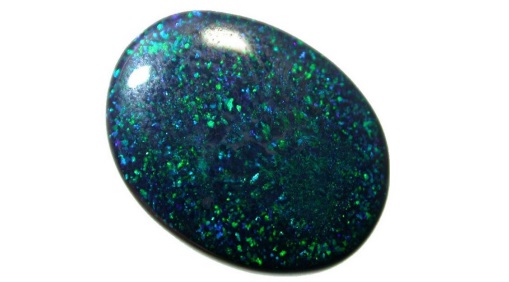 Veteran Reddit user dankfedora69 couldn’t believe his eyes while walking up Yonge St. early Tuesday morning on his daily 7-Eleven Mountain Dew run. Seeing a glint of sunlight from a small object next to his feet, Mr. dankfedora69 knelt down and found a literal gem: a large, high-carat, perfectly circular piece of the extremely rare black opal gemstone, estimated to be worth tens of thousands of dollars.

According to Mr. dankfedora69, he was daydreaming about which type of Doritos he’d be enjoying for breakfast when he came across the stunningly flawless jewel.

“It was just sitting there on a pile of trash! Of course, being a long-time subscriber to the /r/mineralogy, /r/gemstones, and /r/geologyporn subreddits, I instantly knew it was worth a fortune in link karma,” he said. “So I snapped a few pics with my iPhone and uploaded them to Imgur right away.”

His original post, titled “Found a literal gem on the street this morning”, was initially met with a deluge of downvotes and harsh criticism from the Reddit community, with many original, insightful comments pointing out how the poster obviously repackaged someone else’s freshly stale post. One indignant user, Mr. afaprocky, pointed out that “OP evidently misunderstood that a ‘literal gem’ was literally a figurative gem.”

As an inveterate reddit user, Mr. dankfedora69 was unfazed by the overwhelmingly negative response. Indeed, he has had the last laugh, as local jeweller Amos Smith’s appraisal of the gem has placed the black opal’s worth at nearly $17,000.

Although the money could have bought a week’s supply for /r/trees, Mr. dankfedora69 refuses to sell it, claiming that he “would rather have arbitrary internet points than money.” Mr. dankfedora69 did not make the positive social media splash he had expected, but he still has his hopes up. “I think I’ll try my luck over at 4chan,” he confidently declared. “I’ve heard their community is a lot more welcoming.” For now, though, it seems the post is destined to remain a diamond in the rough.