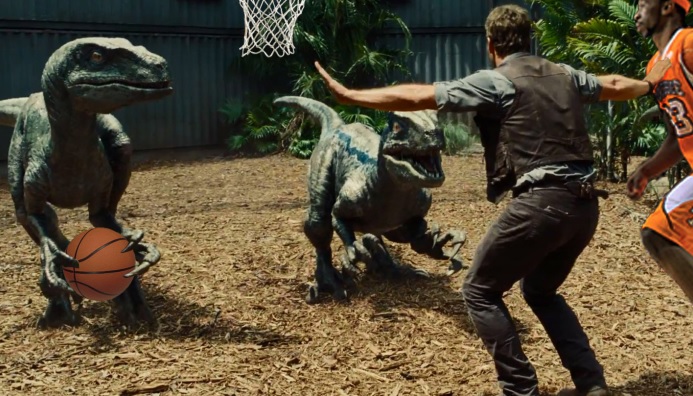 The Toronto Raptors made quite a splash during this sum-mer’s 2015 NBA Draft, using their only two picks to select a pair of genetically engineered cretaceous-era theropods. Utahraptor Ostrommaysorum, Forward and Austroraptor Ca-bazai, Guard, both drafted out of Isla Nublar State University, are the two newest additions to the Raptors’ prospect pool.

While many have classified the two Raptors as “longshots” to make it to the NBA, scouts have been quick to acknowledge their raw talent. Scouting reports leading up to the draft noted a number of standout qualities boasted by the two, including raw athleticism, fierce competi-tiveness, and killer instincts. As one scout’s bloodstained report read: “they’re great at creating space down low… impossible to contain… capable of tear-ing apart opposing defenses… incredible quickness…”

Other scouts focused more on the unrefined aspects of the raptors’ game, includ-ing their struggles with basic fundamentals such as dribbling and shooting, and their oft-demonstrated difficulties with refraining from tearing limb-from-limb all human beings in the general vicinity of the court during a 60-minute game.Despite the questions sur-rounding them, the team’s Gen-eral Manager Masai Ujiri was clearly ecstatic about the two new Raptors prospects. “We’re really excited to have Utahrap-tor and Austroraptor on our team,” he stated during an in-terview after the draft. “We see both of them playing an integral role in our organization-wide effort to bring Toronto Rap-tors basketball back to its roots, and hopefully avoid another pathetic first-round playoff exit next year.

”NBA officials are still unsure whether the use of genetic engi-neering to reanimate creatures which have been extinct for 70 million years constitutes a violation of the league’s perfor-mance enhancing drugs policy, but a team of lawyers are cur-rently looking into it.

Update: New information has revealed that earlier scouting reports for the two Dromaeo-sauridae draft picks may not have been fully accurate. ESPN is now reporting that both new Raptors prospects do not in fact possess scaly, lizard-like skin, but are actually covered in dorky-looking feathers. While this development has no bear-ing on their playing abilities, fans claim that it’s still vaguely disappointing in some way.