“Why Can’t You Throw A Football Like Your Older, More Handsome Brother?” 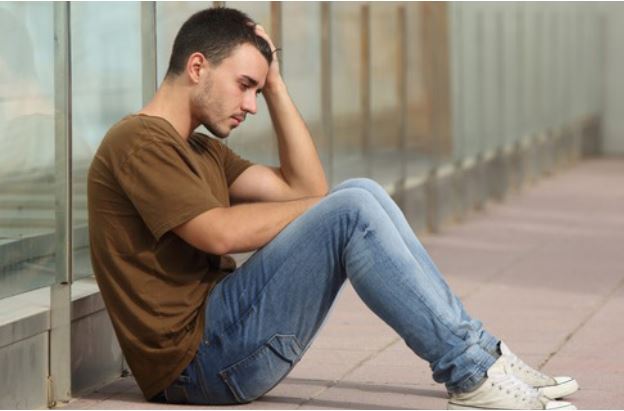 Hey champ, your mom said you’d be up here. How’re you holding up? Eyes a little red… You been cryin’ up here, boy? Ah, it’s alright. I’d be crying too if I played as badly as you today… Sorry, sorry…  I know that the past couple of games have been a little rough, but that’s because you’re just not as good as your older, more handsome brother who died in the war.

I mean, you went 0-for-25 on your passes and were sacked fourteen times over a quarter. Damn, you must be embarrassed. Coach pulled you before the second quarter, too. Sure, your defense and offense are partly at fault, but Jesus, those numbers are just plain bad. I mean, Christ, are you even trying out there? I mean, your older, more handsome brother was being courted by half of the colleges in the state by your age. First-year All-American at Texas A&M, he was 4.0 GPA too. Good at the maths, good at the sciences, and a pious, God-fearing, Jesus-loving Christian, that boy. Model son.

Mhmm, engaged to Miss Teen Texas 2010 too. Damn she is fine. When was the last time you went on a date, son? That’s right son; last Friday, you took your older, more handsome brother’s five-year-old daughter out for ice cream at the Baskin Robbins. Mhmm. Your last date was with your cousin. At your age, your older, more handsome brother had already dated five pageant winners and two beauty queens!

That boy was gonna be drafted to the NFL, and you know what he did? He passed on his senior year at A&M to serve his country in Afghanistan. Selfless sumbitch. Fought for your freedom, boy, fought for his country! He gave his life for you so you can disappointment your mother and I! Mmm, I miss your brother… He was an A+, good apple, ya hear? If he didn’t get drafted, he’d’ve been a doctor – not one of those medical doctors, but one of those fancy Ph.D.-carryin’ ones – or an engineer… One of those sciency, big-money, jobs. Boy, you’re more of a C-, mediocre avocado, ya hear?

You listening, boy? Oh, stop crying. You know your mother and I love you almost as much as we loved your beautiful, athletic, intelligent, and charismatic older brother. You’re a special boy, you hear that? I mean, not in an athletic way, or in a scholarly way… heck you’re not even good with words! You’re looks are even below average. For God’s sake, you even piss badly – thin stream and slower than a turtle in molasses on a cold Austin mornin’.

5 Completely Safe and Natural Ways to Purge the Purple: A Guide for Newbie Frosh »
« How to Write a Toike Article for Dummies