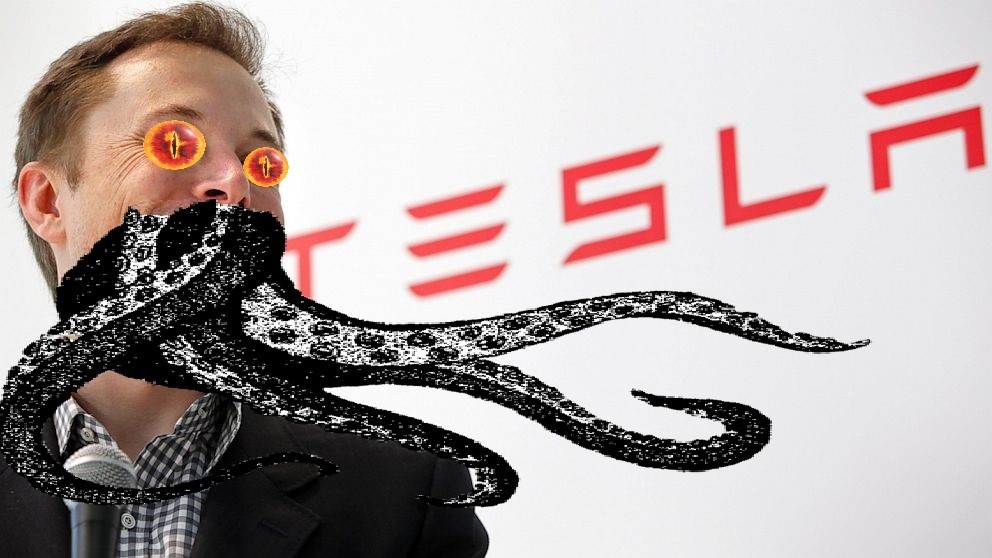 Musk, a popular science icon as CEO of corporations Tesla, SpaceX, and Neuralink, spent the latter half of his talk highlighting the new steel components of the Model 3. This was also, non- importantly, when he allegedly froze and altered his appearance into one resembling an alien monstrosity. Unlike the clear superiority in mileage the Model 3 has over similar cars, the exact nature of Musk’s transformation is somewhat ambiguous.

With different witnesses reporting different changes, common retellings include Musk developing mandibles or sprouting multiple antenna.More importantly, it was also revealed that the Tesla Model 3’s autopilot activation is now clearly labeled on the stalk on the right of the steering wheel with the other drive options.

Audience members in the first four rows of seating, while stating great anticipation for the Model 3, also recounted feeling a sense of deep discomfort, reportedly comparable to the feeling one gets when entering a dark cave under a blood moon on a Friday in October.

“I was in the front row, and when he…changed… it was as if he was bending the whole universe around a single point of the cosmos; compressing time and space and matter and good and evil around him as he focused all the energies of all existence around his being,” remarked Tesla shareholder Marcus “Buzz” Bradford, “But I immediately forgot all about that when he mentioned the six colours the Model 3 will come in. Imagine: six!”

Televised like the majority of Musk’s presentations, the showcase was also live-streamed on YouTube, bringing the reveal of a ordable pricing, increased range, and the revelations of a cold and mysterious cosmos to thousands watching worldwide. The video recordings of Musk at the moment of reported transformation seem to include a tentacled face and eyes that burn with the fury of a thousand supernovae, but such oddities have been clearly explained by experts as the common result of wi connection errors.

In a press release today, Musk made what was possibly a humorous reference to yesterday’s incident by joking “The Tesla Mod-YOU PETTY HUMANS SHALL BOW BEFORE US. NONE SHALL OPPOSE OUR RULE. YOUR TIME IS COMING TO AN END.-el 3 is going out of this world! Haha love the jokes about me being an alien!” Social media followers immediately lauded him with appreciation for his dry wit.