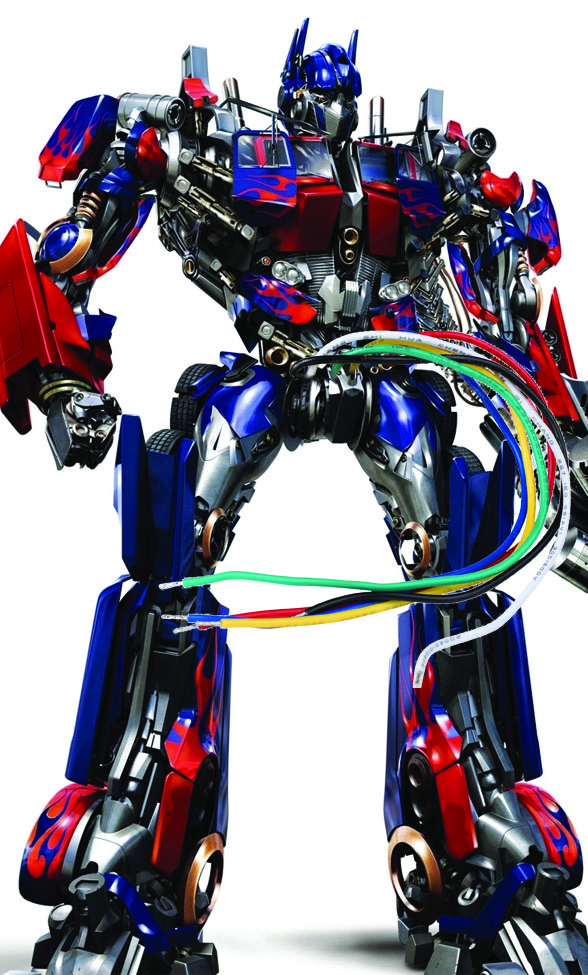 After several years of product revision and company restructuring e orts, Cybertron Electronics nally delivers a line of quality products that hobbyists of all ages will enjoy.

If you’re looking for real power, look no further than the biggest and most powerful product in their suite, the “Optimus Prime.” Aptly named, it has a staggering 90V AC output and a power rating of 1.21GW when loaded.

If you want a DC output, the Optimum Prime’s state-of-the-art yback converter uses a secret intelligent control systems to deliver the cleanest DC signals I’ve ever seen. As with any good thing, there are some limitations;

the Optimus Prime is expensive and unreliablility with duty cycles above 69% limits its potential for wide deployment.

The last model, named “Jazz,” is arguably the most technically impressive despite its low power output and susceptibility to shockwave-damage. Featuring a miniscule 50 turns on its output inductor, this transformer doesn’t leak electric fields from its body, and is compact enough for low-cost, low-power applications. After taking apart the device myself, I discovered something else; the input coil also features a special PID-controlled feedback loop named “All Spark” that’s able to detect current spikes and protect the internal semiconductor components. Neat!

Overall, there’s a lot of variety in the new models, and CEO Michael Bay has definitely set a high standard for the new company. From Praxis to Plant Design, Cybertron Electronics has a transformer that’s right for any of your Skule projects.